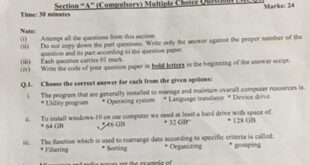 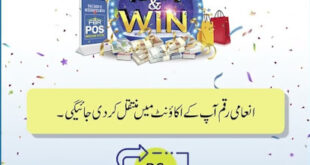 The social media trend has been used by over 5.5 million times and received engagement. It is pertinent to mention that engagement essentially means the total number of times a user has interacted with a tweet or a post. This includes all clicks anywhere on the Tweet (including hashtags, links, avatars, username, and Tweet expansion), retweets, replies, follows, and likes.

Imported Hakumat na Manzoor Protest Against Government Top Trend
It was expected that the DG-ISPR’s press conference will change the social media trend against the regime change following the allegations of the former prime minister Imran Khan regarding a foreign conspiracy of the United States (US) to topple the Pakistan Tehreek-e-Insaf (PTI) government.
However, the military’s media wing presser made no impact on the social media trend of ‘No to imported government’ as the netizens kept expressing their sentiments against the toppling of the PTI government and the opposition parties’ success to gain power following the ouster of Imran Khan through a no-trust motion.
More than 8 million posts have been shared on Twitter with the same hashtag, “#امپورٹڈ_حکومت_نامنظور” after the ouster of Imran Khan from his office on April 11. It is still trending on Twitter among the top ten hashtags including a new one, “#سازش_نہیں_مداخلت”. The new trend has received 310k tweets so far.
The anti-US narrative of Pakistan Tehreek-e-Insaf (PTI) Chairman and former prime minister Imran Khan has gained popularity across the country while the opposition and the establishment are seemingly failed to counter it as yet.
Not only PTI workers and supporters but also a large number of Pakistanis are acknowledging the truth of Imran Khan’s anti-US narrative.
Imran Khan reiterates allegations
Yesterday, former premier Imran Khan has reiterated the allegations of the ‘US-initiated regime change’ in his Twitter messages when the Director-General of Inter-Services Public Relations (DG-ISPR) Major General Babar Iftikhar was addressing a press conference.
The Pakistan Tehreek-e-Insaf (PTI) Chairman Imran Khan said in a Twitter message, “Want to thank all those who came to our jalsa in Peshawar making it a mammoth & historic jalsa. The passion & commitment crowd showed in support of an indep sovereign Pak & their total rejection of US-initiated regime change bringing to power criminals, shows where nation stands.”
The spokesperson of the military’s media wing, Maj Gen Babar Iftikhar conducted an important press conference yesterday amid the current political turmoil. He once again clarified that the military has no political role in the country nor has any influence on the independent judiciary.
Regarding the alleged threat letter, he said that the communique of the National Security Committee (NSC) meeting did not use the word of conspiracy but blatant inference into the internal affairs, however, a demarche [a course of action, especially a political one or especially in diplomatic affairs] was given to the US diplomat which is a diplomatic terminology having different purposes but not only to lodge a protest with a country.
Former prime minister Imran Khan had claimed that a conspiracy was hatched to topple the Pakistan Tehreek-e-Insaf (PTI) government by the United States (US) which was exposed via a diplomatic cable. The political rivals had termed the threat letter fake, however, the recent presser of the DG-ISPR proved the veracity of the threat letter, however, he rejected the claims of any kind of conspiracy.
Moreover, the DG-ISPR said that military bases were not sought by any country but if it was demanded, they would definitely say ‘absolutely not’