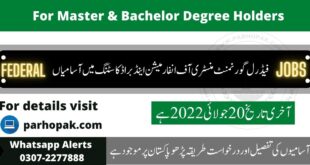 Federal Govt Jobs 2022 at Ministry of Information and Broadcasting 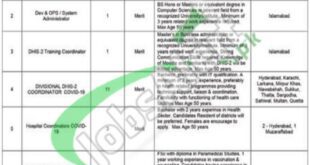 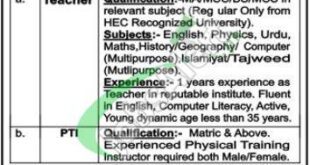 The Federal Investigation Agency (FIA) on Wednesday launched a money laundering probe against TikTok star Hareem Shah after she claimed that she had travelled from Pakistan to the United Kingdom with a significant amount of cash.
In a video, originally shared on social media platform Snack Video, Shah can be seen sitting down with two stacks of British pounds. PSL 7 Points Table 2022 Matches, Win, Loss, NRR Standings & Team Rankings Showing the money, the social media star said that this was the first time she had carried a “heavy amount” from Pakistan to London.
Hareem Shah reaches London pic.twitter.com/aehGbDLGJC— Murtaza Ali Shah (@MurtazaViews) January 12, 2022
According to the Federal Board of Revenue’s website, a passenger can bring any amount of any foreign currency to Pakistan but “taking out foreign currencies is permitted up to $10,000 unconditionally.
Hareem Shah retracts statement, says she only made a video
Responding to the news, the TikToker Hareem Shah, who is often in the news for the wrong reasons, retracted her earlier statement and denied carrying any money to the UK.
“I have not carried any money abroad. I just made a video to say so,” the controversial vlogger said.
Hareem Shah denies being involved in money laundering. London businessman comes out to own cash of thousands of pounds pic.twitter.com/AmU9ODiPCf— Murtaza Ali Shah (@MurtazaViews) January 12, 2022
On January 10, 2022, Hareem Shah had uploaded a video on social media in which she could be seen flaunting stacks of British pounds.
The social media sensation claimed that she carried the money out of the country “seamlessly,” adding that “neither anyone caught me nor they have the [capacity] to catch me.”
Citing reasons for carrying a hefty sum of money abroad, Shah said that did so because the “Pakistani currency and passport had no worth abroad.”
She said that while it was not a “big deal” for her to transport the money outside of the country, the move could potentially cause problems for other Pakistanis.
“However, other Pakistani citizens should be careful [when carrying money abroad] because the country’s law is only for the poor,” she claimed.
It should be noted that Pakistani laws prohibit individuals from carrying more than $10,000 in cash outside of the country.
TikTok star Hareem Shah FIA Case of money laundering
Lamenting the recent depreciation of the Pakistani currency, Shah also said that people feel “sad” when they get rupees converted into euros or dollars.
“The government had promised to increase the [value] of the currency, increase the [value] of the [Pakistani] passport, but they didn’t do anything. They could only talk,” she said.
The TikTok star then went on to say that those intending to travel with significant sums of money should be “careful”. “They catch you,” she said, adding that there was a difference in her case.
“Nobody said anything to me and, you know, they cannot. I came very easily,” she said, adding that in Pakistan the laws only applied to the poor.
After Shah’s video was widely shared on social media, a spokesperson for Sindh FIA said in a statement that a money laundering inquiry had been initiated against her.
According to the statement, Shah had travelled from Karachi international airport to Doha, Qatar on January 10.
“The FIA has decided to write a letter to the UK’s National Crime Agency to take action against Hareem Shah whose real name is Fiza Husain,” the statement said
It added that “the transfer of currency through illegal means falls in the ambit of money laundering.”
The FIA statement said the inquiry against Shah was launched under laws pertaining to foreign exchange laws and her “visa, immigration and travel documents have been obtained.”
“The FIA has initiated an inquiry and sought details from Pakistan Customs and Airport Security Force as well,” the FIA spokesperson said.
This is not the first time that Shah has found herself in hot water. In October 2019, authorities had launched an inquiry when she had shared videos of herself in the conference room at the Ministry of Foreign Affairs.
‘No software update’
However, in an exclusive conversation with SAMAA TV on Wednesday, Hareem Shah said the money shown in the video came from the sale of her sister’s car in London.
The TikToker said she had recorded the video as a prank. To a question, she said no one has updated her software. “No one can ever do,” she said.
The term ‘software update’ is used in Pakistan when someone backtracks from their aggressive claims that may embarrass people in power.
She said her sister had sold a car in London and she used that money to record a video “for fun.”
She said she did not carry huge amount of money from Pakistan nor anyone could do because passengers undergo checks at airports.
The TikToker said she was visiting the UK on a business visa.
The development had raised eyebrows, questions, tempers and concerns regarding security on social media. Later, Shah had said that she had entered the conference room after seeking permission.
“They should not have allowed me to make video if it was against rules and regulations,” she had added.
According to the record, Shah flew to Doha on January 10. The FIA official, in a statement, shared that a probe has been launched against Shah for laundering a large sum of foreign currency. The spokesperson further added that the FIA decided to write to Britain’s National Crime Agency to take action against the TikToker.
In the said video, Shah went on to mock the authorities and shared: “I was bringing a large amount from Pakistan to the UK for the first time. When bringing the amount, one must be careful because you might land yourself in trouble. No one stopped me because no one can. I easily took the large sum out of the country.”
Have something to add to the story? Share it in the comments below.
Like this:Like Loading… 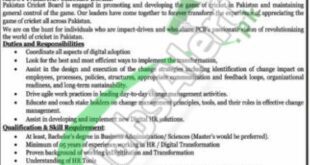