When is Shab e Meraj 2022 Mubarak Date and Time Pakistan? 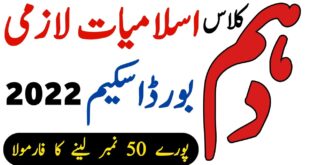 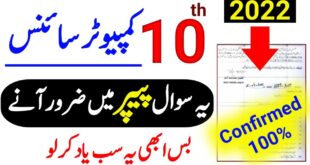 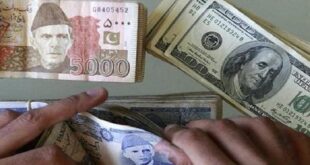 When is Shab e Meraj 2022 Date and Time Pakistan? informed by Preparation Point info team. Isra and Mi’raj, also known as Al Isra’ wal Miraj, is observed on the 27th day of the month of Rajab, the seventh month in the Islamic calendar. This event marks the night that Allah (God) took Mohammad (also known as Mohamed or Muhammed) on a journey from Mecca to Jerusalem and then to heaven.
Shab e Meraj 2022

Is Shab e-Meraj a Public Holiday?
Shab e-Meraj is an optional holiday. Employment and holiday laws in Pakistan allow employees to choose a limited number of holidays from a list of optional holidays. Some employees may choose to take the day off on this day, however, most offices and businesses remain open.

Shab e Miraj begins from the evening of 28-Feb-2022. Shab e Miraj is known as The Night Journey in the Islamic faith and Muslims worldwide. Shab e Miraj observes every year in the month of Rajab and the Islamic Date of Rajab 27. Shab e Meraj is also called Lailat al Miraj in the Arabic world. Shab e Miraj date begins from an evening of 27 February 2022 in the Arab world and in Pakistan, Bangladesh, and some other parts of the world from the evening of 28-Feb-2022 and the day of 1 March 2022.
Shab E Miraj Date 2022
27 Rajab (Shab e Meraj) 2022 will be start from Monday evening on 28 February 2022 in Pakistan and India. Shab e Meraj 2022 Muslims from Saudi Arabia, UAE, Qatar, Bahrain, Oman, and other countries will be celebrating Lailat al Miraj (Shab e Meraj, Isra Wal Miraj) on Sunday night and Monday day 27 February 2022.
Isra Wal Miraj Story (Waqia)Shab e Meraj 2022 also called Lailat al Miraj and Isra Wal Miraj, a historical night event much celebrated and respected in Islamic history is believed to be an important physical as well as spiritual journey in the history of Islam. The lailatul Miraj / Shab e Meraj was basically a remarkable ascension of Prophet Muhammad (صلى الله عليه وسلم) to seven heavens which he took on back of an animal Buraq.The great ascension of Shab e Miraj is split into two parts which are called Isra and Mi’raj.
Surah Al Isra in Qur’an has mentioned the event of Mi’raj while details of the event are clearer in Ahadith. Last Prophet of Islam, the Hazrat Muhammad (صلى الله عليه وسلم) traveled on the back of a winged mule-like beast also known as Buraq.
The Shab e Meraj 2022, teachings, deeds, and quotations of Prophet Muhammad (صلى الله عليه وسلم) later explained the event happenings in detail after Surah Al Isra mentioned the event of Mi’raj. Hazrat Muhammad (صلى الله عليه وسلم) traveled to the farthest mosque which was Al-Aqsa Mosque where he led all other prophets of Islam in prayer.
Before he started off his journey, Jibreel, the angel of God, came down to Prophet Muhammad (صلى الله عليه وسلم) while he was sleeping and had his heart washed with pure waters. The Shab e Meraj 2022 journey to the heavens on the back of Buraq is known to be as Mi’raj which means Ascension in a literal sense. The event of Shabe e Miraj took place in the year 612 as per record.
The Lailat al-Mi’raj also known as Shab-e-Mi’raj or Isra Wal Miraj is celebrated throughout in Muslim world especially in Pakistan, , Turkey, Bangladesh, Iran, and Saudi Arabia. Many Muslims pray optional prayers during this night while other gathers to illuminate cities and lands with candles and electric lights.If you are interested in knowing when is Shab e Meraj (Lailat al-Miraj, Isra Wal Miraj) in your country, then keep visiting this page for the expected date. 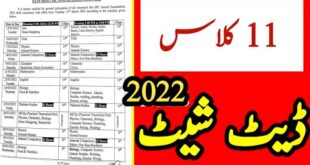